Vincent A Saulys' Blog
About Me
(Some) Favorite Links

Below are some notable links that I've always thought deserved more attention than they currently receive. Always subject to updates. 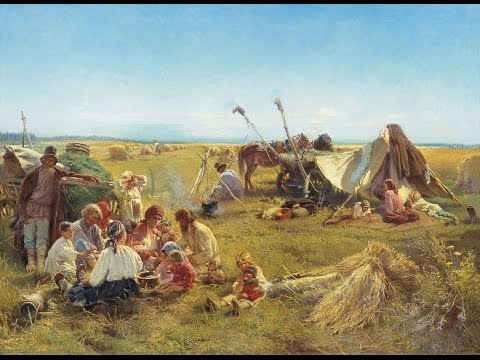 Russia, and Eastern Europe more broadly, is something of a mystery to most westerners. Unlike most ethnic groups, there was never a mass migration from Russia so perhaps this is the culprit. In any case, this lecture series by a community college professor (I think?) enlightens a lot on the "Russian Mindset." Unlike many, he actually took the time to read the often boring but important novels of the period including "What is to be Done?." Putting in effort like this shows a willingness to dig and learn.

He takes a grand sweep of Russian history from roughly its founding in the 11th century until just before the February Revolution in 1917. Doing so gives perspective on Russia's unique factors: its identification as the "third rome," ties to Orthodox Christianity, father-of-all-slavs mentality, and love of Strong Man type leaders (e.g. Peter the Great, Ivan the Terrible, Stalin). I know no better source and highly recommend!

(link above goes to Archive.org mirror)

Originally from Coursera, Perry Mehrling's "Economics of Money & Banking" is a highlight. Most lectures around finance get bogged down in the math, missing the forest for the trees. Not so here. Perry Mehrling weaves together a history of banking using only T diagrams (assets against liabilities) to demonstrate how trade got more complex over time, why fiat died out, why central banks have done what they choose to do. As somebody whose highly interested in banking as it relates to crypto, as well as historical free banking, this lecture series taught me a lot without casting blame or pointing fingers.